Leah and One Direction! 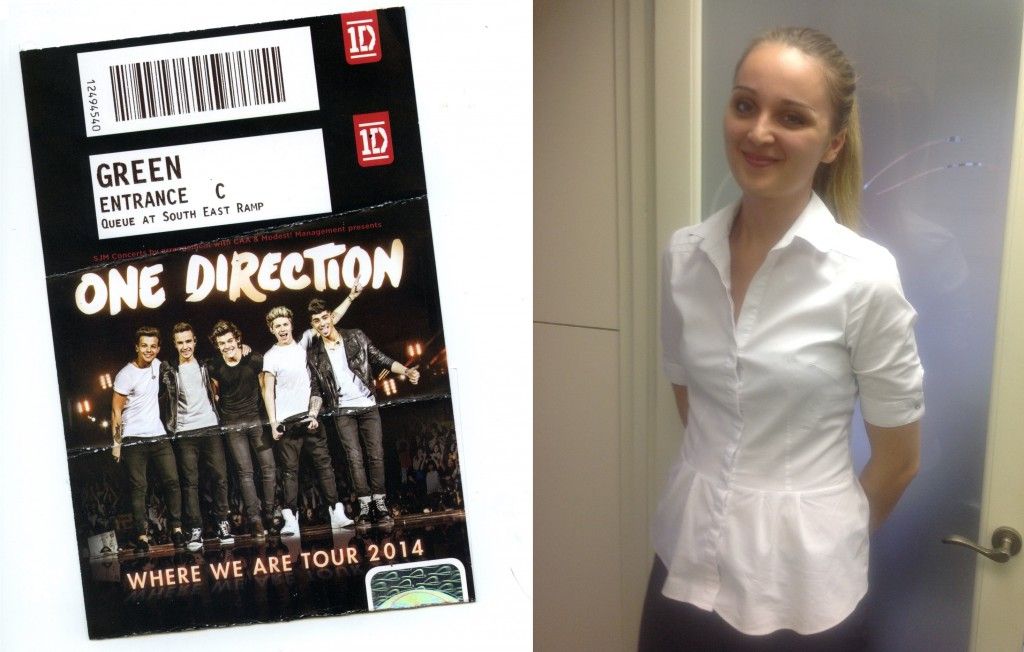 On Friday the 6th June, once again I went to see One Direction at Wembley Stadium in London with two of my friends. You’re probably aware of my love for One Direction, as I went last year. I had a great time, so when the opportunity came up again I had to go!

I had the day off work which was nice so we made a day of it in London. The weather was lovely. One Direction definitely chose a great day to perform! We caught the train to London about twelve and then had a late lunch in ZiZi’s, so we had full stomachs before their performance!

The doors opened at 5pm and we got to Wembley Stadium about half six. One Direction weren’t due to come until around nine but they had a support act before them that we wanted to see so we wanted to get there early. Plus we were in the standing area so we wanted to try and get as near to the front as possible! As we were in the standing area, we could look around and see everyone, there were so many people there and when it turned dark everyone either had the torches on their phones on or glow sticks so it looked fantastic!

One Direction came on to the stage just gone nine and everyone loved them! It turned out we didn’t need to be near the front as they had a platform coming into the crowd which they walked down, so in the end we got quite close to them! I managed to get a few good snaps and videos of them!

They finished performing about half eleven so we then had to make the journey home. It was a nightmare getting out of the stadium, as you can imagine, as it can hold up to about 90,000 people and the stadium was nearly full! We caught the train from Paddington back to Reading. I was glad to get into my bed that evening as it was a long day but a very enjoyable one!

This entry was posted on Tuesday, July 1st, 2014 at 12:00 am and is filed under Meet the team, Uncategorised. You can follow any responses to this entry through the RSS 2.0 feed. You can leave a response, or trackback from your own site.