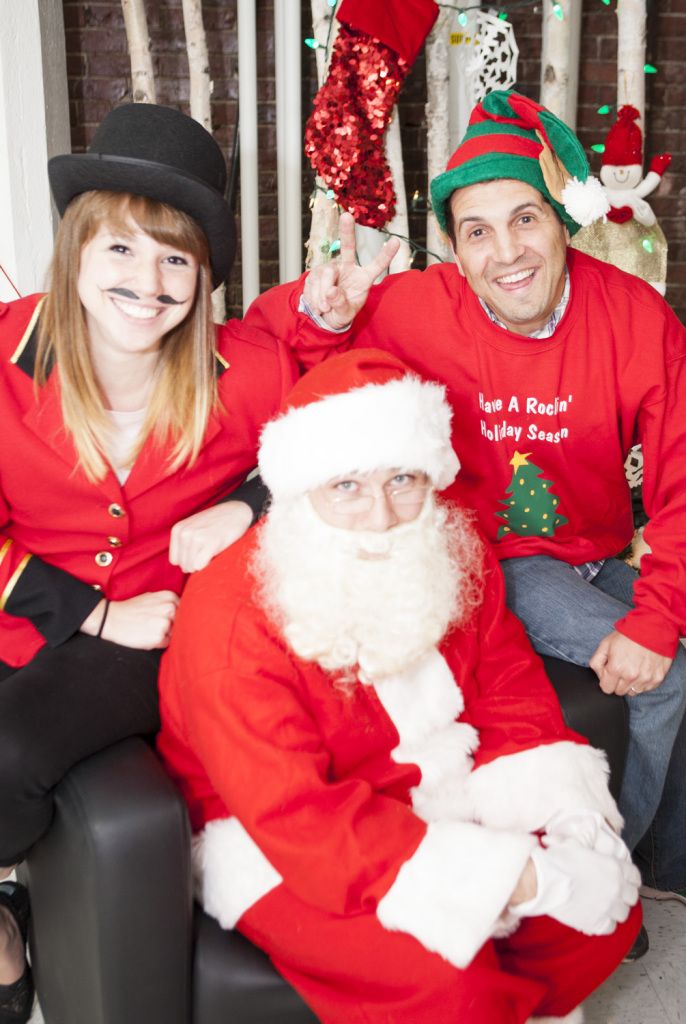 I was sat at home one evening thinking about the weeks coming up to Christmas and primarily about buying a new Christmas jumper! Christmas is one of my favourite times of year lots of food, friends and family to look forward to over the coming weeks. I was speaking to my little brother who was having a Christmas themed non-school uniform day before Christmas to raise money for a charity. It got me thinking…

Here at Woodborough House it is always very Christmassy. Karen does a great job of decorating the tree and Sarah has been known to bring in Santa hats for staff members to wear during the weeks rolling up to Christmas. So I thought why not take it a little further and have a Christmas jumper day! When I mentioned it to staff member some were more keen than others but the majority were up for the idea. My next thought was that we could do the Christmas jumper day in aid of charity.

Many of you that follow our blogs regularly will know that recently we managed to raise some money for the Poppy Appeal and that a couple of months ago Laura was climbing the O2 arena in aid of a charity.

Then the debate came…which charity?

Being a dental practice and with it being Christmas I thought we could find a charity that was closely related to either one of these. Mandy then came up with an excellent idea to raise money to support Laura in a charity very close to her heart.

Laura’s youngest daughter Summer was born with Tracheo-Oesophageal Fistula, this means that she is unable to swallow successfully. She has been back and fourth to the John Radcliffe hospital and Summer has had to undergo several surgeries. The charity we will be raising money for on our Christmas Jumper Day is TOFS  you can find more information about the charity on the website. There will be a charity box on reception in aid of this charity if anyone would like to donate.

We are all very excited about our Christmas jumper day which is being held on Friday 19th December. We even have some Rudolph ears to wear. We chose this day as it is rolling down to the last few days before Christmas and we are all heading out for a couple of Christmas drinks after work. So we can show them off in Christmas cheer around Pangbourne!

This entry was posted on Wednesday, December 10th, 2014 at 12:01 am and is filed under Uncategorised, Uncategorized. You can follow any responses to this entry through the RSS 2.0 feed. You can leave a response, or trackback from your own site.